A regional publisher has launched a national news title with a team of 27 journalists who are based entirely outside of London.

JPIMedia has this morning announced the launch of online title NationalWorld in order to “challenge those institutions cocooned in the wealth and grandeur of the capital”.

Seven senior editorial managers have been recruited from across JPIMedia for the launch of NationalWorld, which has the same name as the investment vehicle which completed a takeover of the publisher on New Year’s Eve, along with 20 reporters specialising in different fields.

JPIMedia head of content development Nick Mitchell will edit the title, while Dan Bird, the company’s head of audience in the South of England, will serve as deputy editor. 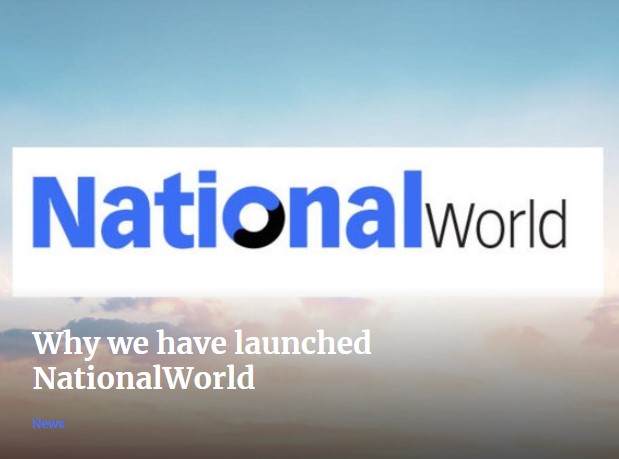 Nick said: “It’s not often you get the chance to launch a new national news title, and I’m excited to see how it develops, knowing that we have a talented team and the support of the JPI Media network behind us.

“It’s been a busy few months in which we’ve laid the groundwork for NationalWorld, collaborating on countless video calls from our kitchen tables and spare rooms – but the energy and passion of the team has served us well, and we hope that we can repay your time and attention with quality journalism, incisive writing and new, authentic voices from across the country.”

The launch team of 20 reporters includes specialists in national and regional news and sport, data journalism, investigations and audience engagement.

A welcome editorial on the NationalWorld website reads: “The starting point for NationalWorld will be to challenge those institutions cocooned in the wealth and grandeur of the capital – political and cultural, including the media – that dictate to the other parts of the nation what they should be feeling, viewing and consuming and how they should be behaving.

“There is a need not just for political devolution but also genuine creative devolution that grows out of the community itself.

“We will be bold and inquisitive in our reporting. We will call it as we see it, and we will aim to offer a fresh perspective, untainted by cosy relationships with politicians or big business.

“Instead of merely reporting on what politicians say in briefings, we will assess the impact of their decisions on the country, telling the human stories behind the headlines.

“We will advocate for change, when such campaigns are in the best interests of you, our readers, or when they contribute to making our country a better and fairer place.

“Through our journalism and investigations we will point out when organisations release limited data, and we will expose hypocrisy, corruption and cronyism among elected officials.”

NationalWorld has also pledged to “entertain as well as inform”.

The editorial adds: “We will cover entertainment and cultural genres like television, film, gaming, the arts and books, and lifestyle topics like travel, homes, money and food and drink – in a way helps you reach decisions on how to spend your valuable free time.

“We will write about sport in a way which puts the fans first, whether that’s poking fun at the pundits or bringing in new and authentic voices.

“In our Recommended section we will review newly released products and spotlight the latest deals, so you can make informed choices around how to get more for your money.

“We will highlight positive, amusing and inspiring news stories from around the country, including from our sister titles across JPIMedia.

“We know we won’t get everything right, but if we do make mistakes we will be transparent about them, publishing corrections and showing where we’ve amended a story.

“This is NationalWorld. We hope you’ll stay with us for the journey.”

HTFP has approached NationalWorld for more information on the title’s launch.