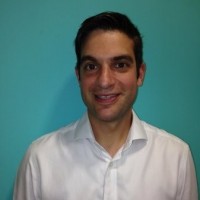 A data and analytics boss has joined the board of a regional publisher.

Reach plc has announced the appointment of Barry Panayi as a non-executive director.

Barry, pictured, has been director of data, insight and analytics of The John Lewis Partnership since March 2021 and is described as “an established and recognised leader in the digital and data space”.

At Reach, he will be a member of the audit & risk, nomination, remuneration and sustainability committees.

Barry said: “The Reach plc Board have overseen an exciting period of transition for the business and I’m looking forward to playing a role in its continued growth and progress.”

Reach chair Nick Prettjeohn said: “We’re delighted to have Barry join us on the Reach plc Board. He brings valuable expertise and insight as Reach plc enters the next phase of its evolution.”