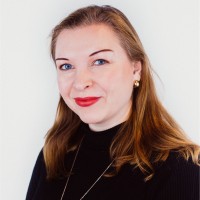 Facebook has launched a new section dedicated to local news in a bid to “drive traffic” to regional press websites.

The social media site has today unveiled the new local news section on its Facebook News channel, which will make it easier for users to receive stories from their local area.

Facebook users were previously only able to see links to stories from publishers they were connected to on the site, but can now choose to automatically receive such links by using the ‘add location’ functionality.

They will also be able to see local news based on the location they’ve set on their Facebook profile.

The Facebook News channel was introduced in the UK in January in a move that has seen the firm pay local newspapers for their content.

Sarah Brown, pictured, Facebook’s head of news partnerships for Northern Europe, said: “Connecting people to local news has never been so important and many people have come to rely on local outlets for the latest information throughout the pandemic.

“With this new feature on Facebook News we want to drive traffic to local sites, helping publishers reach new audiences.

“For people on Facebook, they can now see the local news they care about alongside the biggest national stories of the day.”