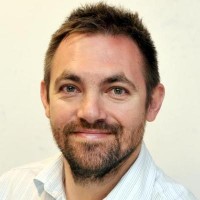 An editorial boss has said farewell to a regional publisher after 16 years as he takes up a new role with a rival company.

Ben Green has paid tribute to colleagues at JPIMedia, where he most recently served as group engagement editor, and its predecessor Johnston Press.

Ben, pictured, has joined Reach plc as deputy head of social media and engagement and began his new post with the publisher yesterday.

The former Worksop Guardian editor reflected on his time with JPIMedia in a Twitter thread published on Friday, his last day working for the company.

He wrote: “Today is my last day at JPIMedia after 16 fantastic years.

“It’s been an absolute privilege to work for some great papers and websites including the Worksop Guardian, Derbyshire Times, [Sheffield daily] The Star and NationalWorld.

“I’ve been extremely lucky to work with some very talented journalists and have some great mentors and managers who have believed in me and supported me over the years.

“No need to name them, they know who they are, but I will be eternally grateful to them.”

Ben added: “The last 16 years have been a period of monumental change in the industry and along the way I’ve had many great experiences, too many to mention.

“I’ve enough incredible and barely believable anecdotes to fill at least a couple of books. It’s been a blast.”