A regional publisher’s investigation has revealed more than 3,000 knife-related crimes have been reported in schools in the past five years – with children as young as four being caught with blades.

The results were published in JP’s national daily the i on Monday, with localised stories appearing in its network of regional daily and weekly titles across the UK throughout this week.

Coverage includes an exclusive interview with the sister of Ann Maguire, the Leeds teacher who was brutally murdered in her classroom in 2014, as well as Dr Vincent Uzomah, the Bradford teacher stabbed by a 14-year-old pupil in a racist attack at school. 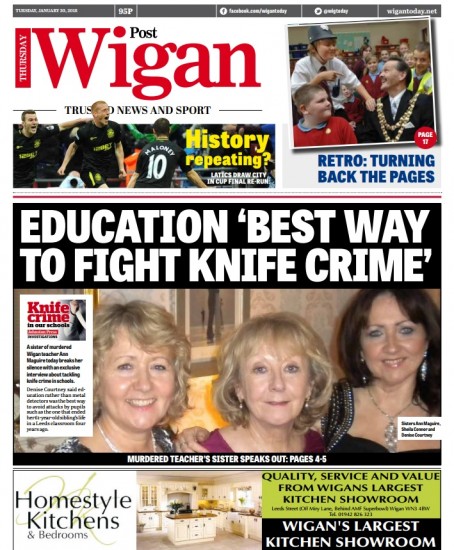 JP will also this week unveil the results of a specially commissioned survey, produced in partnership with Google Surveys, of parents’ attitudes to knife crime and what they feel should be done to prevent this issue.

Lancashire Post investigative reporter and lifestyle editor Aasma Day, who leads the investigations team, said: “The Johnston Press Investigations Unit aims to uncover issues that matter to our readers and communities and affect their lives.

“This Knife Crime in Schools series reveals this is an issue of concern that affects all schools, not just those in big cities.

“We wanted to make people aware of the facts, statistics and emotional stories surrounding this topic and open up a debate on how society as a whole can tackle this growing problem.”

The unit consists of journalists from titles across the group who work on investigations alongside their normal jobs. 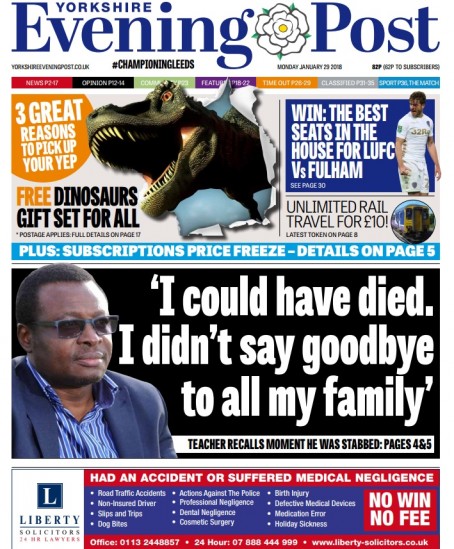 Johnston Press editor-in-chief Jeremy Clifford said: “The facts revealed by this investigation will shock parents and once again the JP Investigations Team has uncovered an issue that is critical to our readers.

“The statistics and case studies contained in this package will make you sit up and start thinking about what can be done to make our schools safer.”