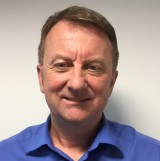 Union chiefs have warned the UK regional press industry is heading towards a “duopoly” after it was announced that an independent publisher is set to be sold to Newsquest.

The National Union of Journalists says its members at the CN Group are in “complete shock” following this morning’s announcement, which will see its titles change owner next month should shareholders approve the deal.

The NUJ claims that there are now “just two big players” in the regional press market, in the form of Trinity Mirror and Newsquest.

Trinity Mirror became the UK’s biggest regional publisher following its £220m takeover of Local World in November 2016, while other recent purchases by Newsquest include NWN Media, the Isle of Wight County Press and Romanes Media Group.

“With Johnston Press paralysed by its debts, the industry seems to be moving to a duopoly of giant owners which is incredibly dangerous for diversity, given the ruthless substitution of unique content for shared material, and plurality of the media. There is too little choice for readers and too few opportunities for journalists.

“The CN papers have had a proud history of caring for and being a leading part of their communities. Despite the very best efforts of its journalists, this is not something that can typically be said about Newsquest with its relentless drive to strip out editorial jobs and fill the gap with user-generated content.

“The media ownership question is a serious issue for this country and politicians have to put away their warm words on plurality and be prepared roll up their sleeves to do something practical to keep a functioning and effective local press.”

Titles run by CN include Barrow-based daily The Mail and the Carlisle News & Star, as well as weeklies the Cumberland News, Hexham Courant, Workington Times & Star, Whitehaven News and the Advertiser, which serves southern Cumbria.

Jane Kennedy, NUJ Northern & Midlands organiser, said: ”This announcement has come as complete shock to our members and they are absorbing the news. While we are pleased that CN’s CEO, Millar Hogg, will be meeting NUJ chapels to answer questions, we will also be writing to [Newsquest’s CEO] Henry Faure Walker to ask for an urgent meeting to discuss his plans for the company.

“We will be telling him that members are already at full stretch and there is no slack in the system. We will be asking him for investment so they can continue to produce the quality journalism at the heart of their communities.

“We will be seeking assurances that redundancies which have followed recent Newsquest purchases will not be repeated at CN Group.”

Both Newsquest and Trinity Mirror have declined to comment.