Editor quits role after ill-health forces him to “reassess priorities” 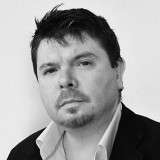 An editor has left a newspaper after three years in charge citing “ill-health” for his decision – but says he will continue writing for the title and its sister dailies.

Neil Mackay, left,  has confirmed his departure from the Sunday Herald, in Glasgow, saying health issues had caused him to “reassess my priorities”.

Neil has announced he will return with the new role of writer-at-large across at the Sunday Herald and its Glasgow-based Herald & Times Group sister titles – which also include The Herald, Glasgow Evening Times and The National.

Owner Newsquest has yet to announce who will replace Neil in the editor’s chair at the Sunday Herald.

Posting on Twitter, Neil wrote: “I’m leaving as Sunday Herald editor but returning as writer-at-large across the Herald titles.

“Some ill-health made me reassess my priorities. I loved my years as editor but the role is all-consuming and getting back to writing is what I want. Salute to the team – best in the business.”

Originally from Antrim, in Northern Ireland, Neil worked in Belfast before moving to Glasgow in 1996 to write for the Big Issue.

He later switched to Scotland on Sunday, in Edinburgh, before becoming part of the launch team at the Sunday Herald in February 1999, specialising in crime.

Neil held a series of roles including investigations editor and head of news before taking up his current post following a 2015 restructure.

In November last year, Newsquest announced that Graeme Smith, editor of The Herald, and Graham Shields, editor of the Evening Times, would leave the company with editor-in-chief Donald Martin taking on their responsibilities.

The company has yet to respond for HTFP’s request for a comment on Neil’s departure, or who will be taking up the Sunday Herald’s editorship.