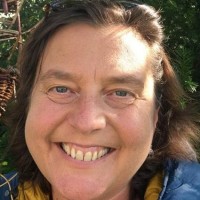 A journalism trainer known for her “boundless passion and energy” has died of coronavirus aged 52.

Tributes have been paid to Fiona Steggles, who taught at the University of Central Lancashire for the past decade.

Prior to that, Fiona had worked as a regional journalist for the BBC for almost 20 years.

Tragically, her death came after she had begun enjoying “a new lease of life” following a successful kidney transplant.

Fiona’s husband, BBC Radio Lancashire and Radio Cumbria managing editor Mark Elliott, told the Lancashire Post: “Fiona was quite simply the most wonderful human being in the world, who had such a positive impact on all those she came into contact with, who loved to laugh and had an amazing smile.

“She had boundless passion and energy which infected us all and, despite the multitude of health problems she suffered over the last twenty years, she always managed to find a way to not only get through, but to squeeze every last drop out of life and live it to the full.”

Fiona, who is also survived by sons Jack and Joe, began her career as a broadcast journalist working for the BBC in Manchester and later became a producer for its North West Tonight news programme.

She left in 2012, the same year she began her role at Preston-based UCLan.

Mark, who donated his kidney to an organ bank so his wife could receive one from an anonymous donor last summer, added: “The boys quite simply could not have had a better mum, which is why they’ve grown into the amazing young men they are today.”

North West Tonight editor Michelle Mayman told the Preston-based Post: “She felt a duty to help the next generation which is why moving to UCLan was a natural progression for her, passing on her creativity and skills.”