A weekly newspaper ran a poster front to remember the victims of a terrorist attack on its patch.

Reading Today has commemorated the attack at the town’s Forbury Gardens, two years after three men were stabbed to death there.

An image of the lit-up Forbury Lion statue, a landmark of the Gardens that also appears on the paper’s masthead, featured on its front page this week. 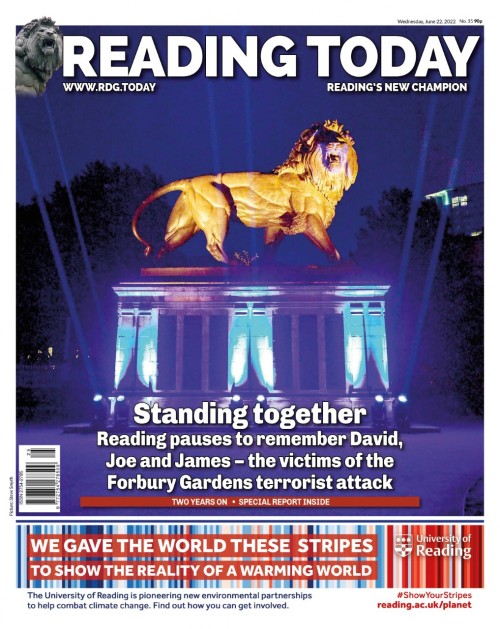 “On Monday evening, we were privileged to be able to report on the memorial service attended by hundreds and watched online. It was a moving experience and the front page needed to reflect that.

“We knew that the Forbury Lion would be lit up in memory of James Furlong, Joe Ritchie-Bennett and David Wails, and asked photographer Steve Smyth to take an appropriate image.

“Covering moments like this requires sensitivity, we hope the families of the three victims take comfort from knowing that Reading stands together with them.”

Khairi Saadallah is serving a whole-life jail term for the murder of the three friends and the attempted murder of three other people in the attack.