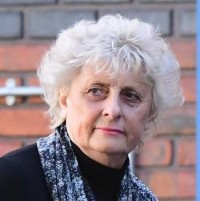 The press watchdog has backed a regional daily after a police force refused to confirm the accuracy of a press release it sent to the newspaper.

The Independent Press Standards Organisation has dismissed a complaint from the subject of the release by Staffordshire Police, which was used as the basis for a story by the Derby Telegraph.

In her complaint to IPSO, Susan Bailey claimed there were a number of inaccuracies in the Telegraph’s story about her being jailed after admitting 11 charges of fraud by abuse of position.

But IPSO agreed with the Telegraph’s position that it was entitled to rely on information in the release, adding it was not in a position to determine whether the disputed facts were accurate in circumstances where the police force had made no comment on the matter.

Complaining with Angela Brundrett under Clause 1 (Accuracy) of the Editors’ Code of Practice, Ms Bailey said the Telegraph had wrongly claimed she was “now living in Ashbourne” and described her as a “Derbyshire woman”.

The complainants confirmed Ms Bailey had never lived in Ashbourne, Derbyshire, and she had lived in Stoke-on-Trent for more than 20 years.

In support of their position, they provided the charge sheet, which listed her address as being in Werrington, Stoke-on-Trent.

They further claimed the Telegraph inaccurately reported that Ms Bailey, pictured, had fraudulently obtained money on “a new hot tub” and “an extension… at her home”, and that she had spent “£60,000 on her niece’s wedding”.

Denying a breach of Code, the Telegraph said it had relied on a Staffordshire Police press release which it was entitled to do, and that the alleged inaccuracies were included in it.

It added the information had been published in good faith and that the police press release had said that the woman had purchased a hot tub, paid for an extension. paid for her niece’s £60,000 wedding and that she now resided in Derbyshire.

The Telegraph further said that there was an original police press release which had stated that the woman was now living in Ashbourne, Derbyshire, which had been amended and the reference to ‘Ashbourne’ removed.

It made clear that were the police to confirm that any of the disputed information was inaccurate, they would amend the online story accordingly.

IPSO acknowledged that on some occasions reliance on a press release might not be sufficient to demonstrate that a publication had taken care over the accuracy of the information it published, but was satisfied that the Telegraph was entitled to rely on the information contained in the statement issued by the police in this instance.#

In circumstances where the police had not removed the reference to Derbyshire in the press release and the police force had made no comment on the factual dispute, the Committee was not in a position to determine whether this point was inaccurate.

IPSO noted that the police force confirmed it was dealing with their own complaint regarding the information in the press release, and given the evolving situation, the Telegraph should be alert to any further changes to the press release.