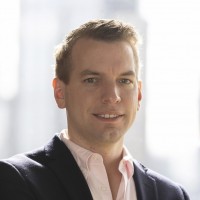 The BBC has rejected claims it “crowds out” the regional press after calls for a scheme that would create more than 100 journalism jobs to be scrapped.

The corporation has hit back after the News Media Association wrote to the BBC’s board to demand a U-turn on proposals to create a new network of digital community reporters.

Under the proposals, announced in March last year, the BBC will launch the nework to cover some of the UK’s “most under-served communities” as part of a major investment in local journalism.

At the time, it sparked accusations from the NMA that the BBC was “forgetting” the existing Local News Partnership with the regional press industry, which includes the BBC-funded Local Democracy Reporting Service.

NMA chief executive Owen Meredith renewed his attack on the digital community reporter plans in an opinion piece for The Times in October, describing it as an “unprecedented assault” on the regional press.

He has now gone one step further, calling for that proposal to be scrapped altogether and stating it represents a “direct threat to the economic sustainability” of the regional press.

But the BBC has hit back, claiming there is “no evidence” that it “crowds out” local newspapers with its own regional coverage.

A BBC spokesperson told HTFP: “The BBC’s commitment to impartial local journalism across radio and online is long-standing. Our services are trusted by millions of people.

“There is no evidence the BBC crowds out other providers and no reason to think we will in the future.

“Industry analysis and international comparisons show it is the decline of advertising revenues that’s the biggest challenge to local commercial journalism – not the BBC.

“We spend up to £8m a year supporting the local commercial news sector through our Local Democracy Reporting service.

“We pay for 165 journalists across the UK who produce stories used by a range of local media providers every day. We offer this support because we believe audiences value having a real choice of local news provision.”

The NMA’s demand comes amid a national debate over future BBC funding after Culture Secretary Nadine Dorries revealed the Tories plan to freeze the licence fee for the next two years before abolishing it altogether in 2027.

Owen, pictured, wrote in the letter to the BBC board: “It is increasingly evident the BBC’s proposals, funded by taxpayers through the licence fee, represent a direct threat to the economic sustainability of independent local news media, in turn undermining media plurality, diversity and consumer choice.

“In the BBC’s centenary year, as it searches for relevance in a digital world, it is unthinkable that it should seek – intentionally or otherwise – to undermine the viability of commercial news providers and the many diverse community voices these publishers represent, leaving the BBC a monolithic provider of news in the UK.

“We therefore ask the BBC board to withdraw the local news plans set out in ‘Across the UK’ and commit to working in a meaningful way with the independent commercial news sector, setting boundaries to the BBC’s online news remit, to ensure access to quality journalism, from a range of sources, remains a cornerstone of UK democratic society.”