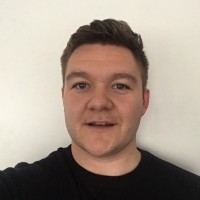 A national sportsdesk boss has left his role to take up a “dream” job in the regional press.

Aaron Stokes has been unveiled as the new Newcastle United editor of Newcastle daily The Chronicle.

Aaron joins The Chronicle after serving as assistant sports editor on the Daily Star, where he has worked since October 2018.

His appointment comes after predecessor Mark Douglas left The Chronicle in December to become Northern football correspondent at the i.

In a piece introducing himself to Chronicle readers, Aaron wrote: “Ever since I took the decision to pursue a career in sports journalism during my school days, covering Newcastle United on a daily basis has been my dream.

“A Geordie boy born and bred, I spent my younger years on the terraces of [United’s stadium] St. James’ Park where my passion for football and NUFC first blossomed.

“I even have a commemorative plaque on the floor outside the Milburn Stand which reads – ‘Aaron Stokes. Born to it.’

“More recently I left the region for the first time, moving to London for five years to work on Reach plc’s national titles and gain editorial experience in a fast-paced sports newsroom. Leaving the North-East was a tough decision but one I relished.

“However, the chance to come home and cover this wonderful football club at such an exciting time was one I had to grab with both hands.”