A new sitcom set in a local newsroom is to be launched after two comedians undertook work experience at a weekly newspaper.

Sky has commissioned the new series – to be called Hold The Front Page – which will star Nish Kumar and Josh Widdicombe.

It comes after a successful pilot was produced last year, in which the comedians wrote a series of articles for the West Sussex Gazette.

Josh also had previous journalism experience as a former sub-editor for The Guardian’s sport section. 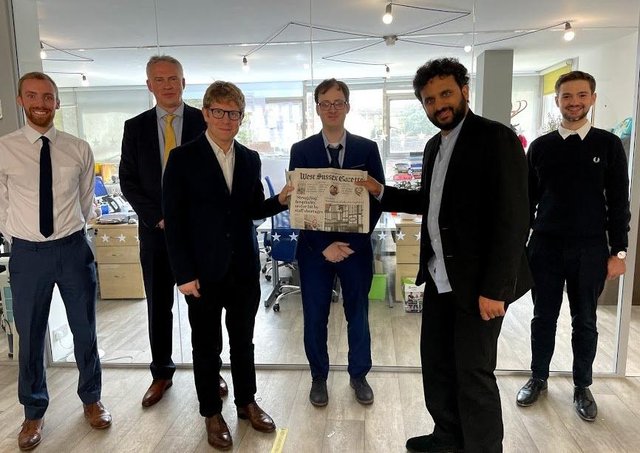 The commission for the Sky Max channel is for an unspecified number of hour-long episodes to be made by CPL Productions.

Josh told the British Comedy Guide: “Recording the pilot was so much fun, I love working with Nish.  And now we’re filming the full series this summer.

“I’m really excited about doing it because I’m so pleased with how the pilot came out. People really responded to it.”

Speaking at the time of the pilot, Gazette editor Oli Poole said: “We are hugely excited to be involved in this project, which we hope will be a real celebration of both local journalism and the beautiful county of West Sussex.”

“We believe this will really raise the profile of both local newspapers and the power of ‘local’ in a post-pandemic world and we are hugely grateful to Josh, Nish and CPL for asking us to be involved.”