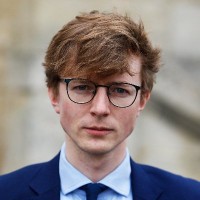 A reporter has won a fight to reveal how prosecutors caused a case to collapse by failing to abide by a court order.

Tom Seaward, of the Oxford Mail, successfully applied to make public details of a blunder by the Crown Prosecution Service which a judge claimed had resulted in a “large waste of taxpayers’ money”.

It came after the CPS defied the judge’s order to release a video to defence barristers at the start of an affray trial at Oxford Crown Court, leading to the case subsequently being abandoned.

Tom, pictured, has now been able to report the facts of the issue six months later after arguing before Judge Michael Gledhill QC that it was “squarely in the public interest for people to know why his order had apparently been ignored by the CPS”.

The CPS had defied Judge Gledhill’s order last November to release the footage to barristers representing defendant Andee Williams, claiming it needed to be compliant with the General Data Protection Regulations, leading to the hearing’s abandonment.

At the time, Judge Gledhill said: “If the judge makes an order – even if he’s erred [in law] – the answer is not to disobey the order, it is to fully explain why the judge has erred.”

A senior crown prosecutor subsequently appeared in court in person to apologise to Judge Gledhill in a session held behind closed doors.

However, in a judgment delivered in open court following an application from Tom, who is the Mail’s crime and court reporter, the judge said he had been assured the situation would “not happen in the future”.

He told the court: “I have come to the conclusion it was not a deliberate breach of the court order. It was a regrettable misunderstanding.

“I have accepted the explanation of the CPS and I am assured this situation will not happen in the future.”

The Mail has now been able to report the comments after reporting restrictions were lifted, following a decision by Williams to plead guilty to affray and knife possession during a second attempt at trying the case.

Speaking to HTFP, Tom said: “This is a story that, because reporting restrictions have only just been lifted, I’ve been waiting six months to tell.

“The judge was already sat in private – chambers, they call it – when I made an application for the matter to be heard in public.

“I asked the judge to consider that it was squarely in the public interest for people to know why his order had apparently been ignored by the CPS.

“The judge refused to let the Oxford Mail listen to the recording of what had been said in private, but gave a fulsome summary of everything that had happened.

“Hopefully, stories like these show the importance of a reporter going to court day-in, day-out and shining a light on the aspects of the criminal justice system that often don’t get covered.”