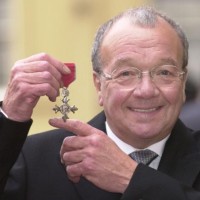 A long-serving regional daily editor awarded the MBE for services to journalism has died aged 85.

Tributes have been paid to Reg Herbert, who ran North Wales daily The Leader and became editor in chief for the whole North Wales Newspaper Group.

Reg, pictured, worked for The Leader from 1959 until his retirement on his 65th birthday in 2002, the year he also received the MBE.

In retirement, he continued freelancing for another 18 years and covered community council meetings to provide local news for The Leader.

Former Leader editor-in-chief Barrie Jones, who worked with Reg for many years, told the newspaper: “I was very sad to hear the news. He was a great editor who knew instinctively what readers wanted in their paper every night.

“With a natural news sense he could spot a good story instantly and knew how to lead a team to get others to think exactly the same way.

“Of course he wanted The Leader to be first with every story but he was also a kind and considerate man who would help anyone with anything.

“Many young journalists who passed through the ranks of The Leader would I’m sure be very grateful to Reg for showing them what good solid local journalism is all about.

“He also had a great sense of humour and there were many times in a frantic tense newsroom when one of his perfectly timed quips would have everyone creased up with laughter.

“He was always encouraging and supportive and I have very fond memories of working with Reg for more than 20 years.”

Liverpool native Reg began his career after completing his National Service in 1957, joining the city’s Evening Express title as a junior.

He moved to Wrexham two years later and spent remainder of his career in North Wales, holding roles including chief reporter, assistant editor and editor.

A keen football fan, he supported hometown team Everton but also adopted Wrexham after moving there.

He wrote for the club’s programme in the 1970s, as well as the Terrace Talk column in the sports pages of The Leader for a number of years.

Leader sports editor Nick Harrison said: “Reg was a proper journalist; a real newshound and someone who I had immense respect for. He handed me a chance as a trainee reporter at the Evening Leader some 33 years ago.

“Hard but fair, Reg instilled a work ethic that enthused and pushed all journalists to ensure The Leader was first with every story going across Wrexham, Flintshire and Chester.

“His wit was razor sharp and best remembered by his way of telling you to make sure all the stories in your notebook were written up before you left for the day as you might get hit by a bus.

“My response was that Reg would have a better and bigger story if I got knocked down by a bus to which he instantly replied like a Scouse comic handling a heckler: ‘Don’t think so highly of yourself Harrison, you might just make a nib on page five.'”

Former Leader news editor Jo Shone added: “Reg was an inspiration. He was a newsman through and through and encouraged his team to be meticulous and accurate in their reporting. He led by example.

“His duty to his readers was uppermost and he strove always to keep them informed and supported in their campaigns to improve their communities.”

Reg, who died after a short illness, is survived by wife Jean, four sons and nine grandchildren.

Speaking on behalf of the family, Jean told The Leader: “We would like to thank everyone for their lovely messages and tributes to Reg.”