A regional publisher’s hyperlocal network has won a top award at The Association of Online Publishers (AOP) awards.

There were 26 category winners with Reach plc’s InYourArea platform taking home the Best Publisher-led Social Good Initiative or Campaign award for the Cash for Connectivity campaign.

The campaign was launched to stop children from falling further behind in their education because they were unable to access online learning at home during lockdown. 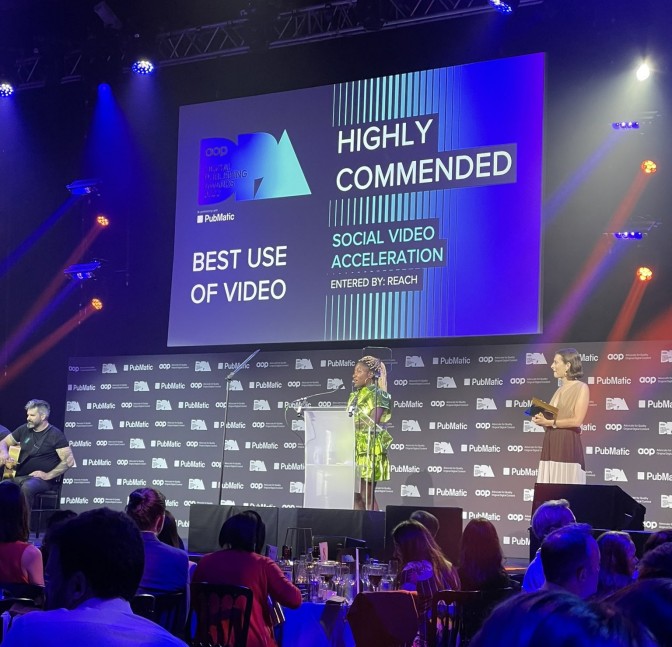 Reach were also commended in the award for Best Use of Video, pictured, for their social video acceleration.

Ed Walker, editor-in-chief of InYourArea at the time of the Cash for Connectvity campaign, said: “January 2021 feels a lifetime ago.

“Thank you to all the journalists and editors within Reach titles across the North, other media organisations, and our partners in the campaign who supported making this all happen, at speed, in a very difficult time for many.

“Most importantly, we raised £50,000 very rapidly, which made a big difference to the lives of children in 5,000 households across the North of England to be able to connect to home-learning during lockdown.”

Richard Reeves, Managing Director at AOP, said: “We’re so excited to have welcomed back the Digital Publishing Awards in-person.

“As the media landscape continues to change rapidly, it’s important we take the time to recognise the companies going above and beyond to deliver the highest possible quality for their audience.

“A huge well done to all the inspiring individuals and teams who work so hard to drive creativity and light the way forward through hard work, resilience and determination.”

Also mong the winners on the night was Karl Flinders from Computer Weekly, who took home Journalist of the Year for his investigative journalism. He broke the story of the Post Office Scandal and saw it through to achieve justice for those involved.

Editor of the Year

Journalist of the Year

Sales Person of the Year

Advertising Operations Team of the Year

Audience Development Team of the Year

Editorial Team of the Year: B2B

Editorial Team of the Year: Consumer

Product Development Team of the Year

Sales Team of the Year

Best Use of Audio

Best Use of Data

Best Use of Video

Small Digital Publisher of the Year