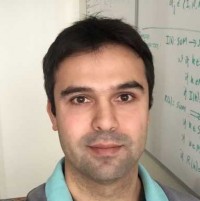 News publishers drive around a billion pounds in UK revenues for Google and Facebook every year, a new University of Cambridge study has found.

Publication of his research comes after ministers announced plans to increase the “bargaining power” of national and regional newspapers, allowing them to better monetise content from such companies.

The new Digital Markets Unit will be given the power to step in to solve pricing disputes between news outlets and platforms as part of the plans.

“News is also important for digital platforms, providing a stream of fresh and relevant content that keeps users engaged and returning.

“By considering how much revenue Google and Facebook might lose if news content were to be withheld, it is estimated that the value of news to the platforms is about £1 billion a year.

“If the public is to continue to be served with high quality news, the benefits from the investment in journalism made by news publishers should mainly accrue to them, not Google and Facebook.”

Prof Elliott’s findings have prompted the News Media Association to repeat its call to put the Digital Markets unit on a statutory footing as soon as possible.

NMA chief executive Owen Meredith said: “This timely study demonstrates the commercial importance and value of news publishers’ content to Google and Facebook and makes clear the urgent need for much greater trust and transparency in the digital marketplace.

“Following the Queen’s Speech and the draft Digital Markets, Competition and Consumer Bill, it is now essential that the DMU is given the statutory powers it needs to usher in a truly competitive digital marketplace as soon as possible.

“The new regime will see news publishers fairly rewarded for their investment in the journalism that delivers so much benefit to the public.”