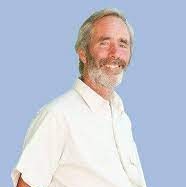 One of Britain’s oldest working daily newspaper journalists is retiring as he approaches his 80th birthday.

Adam Trimingham’s final column is due to appear in Brighton daily The Argus tomorrow, 45 years after his first regular piece was published.

The 79-year-old, pictured, retired from full-time reporting with The Argus in 2004 but has continued as a columnist for the newspaper.

On his retirement from reporting he became the first honorary freeman of the City of Brighton and Hove and even had a bus named after him.

Former Argus deputy editor Frank le Duc, who now runs independent title Brighton and Hove News, said: “While he spent much of his career covering politics and local government with impeccable fairness, Adam was also the main Argus leader writer for many years and a prolific book reviewer.

“His ability to see the other side of a story was one of the reasons that spurred readers to respond in their droves to his columns.

“His writing could be funny, compassionate and clear, cutting through the corporate fog and waffle.

“Some of Adam’s columns gave baffling examples of council-speak along with his explanation of what they really meant.”

Frank went on to described Adam’s column as “an ingredient in the recipe that propelled the Argus to its circulation peak of 120,000 copies a day”.

He added: “The local bus company even named a bus after him – an honour generally reserved for those no longer living but who had made a significant contribution to life in the area.

“Adam was more likely to be spotted on his bike, though, rather than a bus – and his love of cycling found its way into many of his columns over the years.

“It was part of a rich mix that chimed with generations of readers and will be much missed now that he’s reached the end of his column for a final time.”

HTFP has also approached The Argus for a comment.