A newsdesk chief has left a regional daily after being elected to political office.

Jersey Evening Post assistant editor Lucy Stephenson has honoured her pledge to stand down from her role following her election as a Deputy to the island’s Parliament, the States Assembly.

Lucy had stood as an independent, citing her aim of making government communication better among her key reasons for standing.

She also ran on a platform of increasing diversity and transparency. 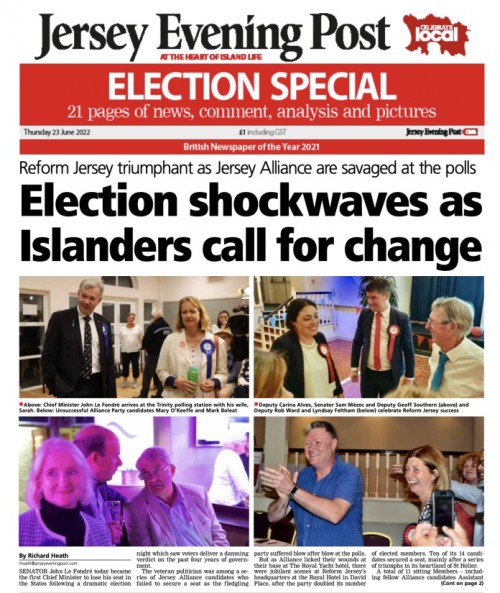 How the JEP covered the election results

The election has led to a 50pc increase in the number of female States Members, rising from 14 to 21.

The new house will also feature a black Deputy and another who is British Romanian.

“It’s especially evident with the number of women, but it’s not just gender – we will be a more diverse group in terms of background, age and ethnicity as well.”