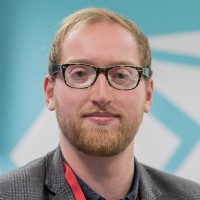 A regional news website has launched a new series examining life in some of its patch’s most isolated areas.

Devon Live’s ‘Middle of Nowhere’ series of articles, features and photojournalism aims to highlight the stories of people living in the most remote areas of Devon.

Issues examined include second homes, with Facebook community reporter Alex Davis meeting a man who has not seen a neighbour on his street for a year in the coastal village of Lynmouth.

Alex has also conducted research showing many parts of Devon have below average access to GP healthcare.

Devon Live senior content editor Alex Richards, pictured, told HTFP: “Middle Of Nowhere is a series of articles, features and photojournalism celebrating Devon’s most remote towns and villages and the people who live in them.

“But it won’t just be about cosy country pubs where everyone knows your name.

“We’re delving deep into the issues around second homes, rural broadband and cuts to amenities we think every person in the UK should have access to in 2022.

“For those of us lucky enough to live in cities like Exeter or towns like Torquay, your child is likely in the catchment area of several schools, you’ll have a Tesco Express at the end of your road or a hospital in critical distance.”

He added: “But for many of our readers, and even some of our reporters, the same cannot be said. They are miles from a hospital, their school run takes more than an hour – and good luck to them finding a GP within 20 miles.”

“At Devon Live we pride ourselves on reaching every nook and cranny of our large patch, so this is a fantastic chance to get our reporters out and about exploring our most cut-off communities.

“The series has only just begun, so watch this space for some fantastic journalism direct from the middle of nowhere.”