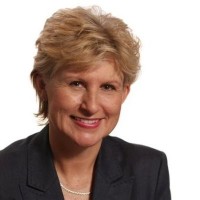 Journalists at a national title have accepted a pay increase as their regional counterparts prepare for strike action after rejecting the same offer.

Reach plc has confirmed members of the British Association of Journalists, which bargains on behalf of Daily Mirror staff, have taken up the offer of a 3pc salary increase.

The National Union of Journalists announced on Tuesday its members at Reach will be balloted on strike action and/or action short of a strike after turning down the same offer.

The NUJ has warned the publisher to “recognise the importance of coming back with a fair offer” in light of the action, saying its members at Reach have “not taken this move lightly”.

The BAJ’s acceptance of Reach’s 3pc offer was confirmed in an email to staff from group HR director Julia Warren, in which she also addressed the NUJ’s stance.

Julia, pictured, said: “We absolutely recognise that rising costs are putting a strain on many households.

“That’s why we’re pushing ahead with the raised salary minimums we previously communicated despite the pay review process still going on, and they will be reflected in July pay wherever possible.

“Having spent a great deal of time in discussions with reps about the many factors at play in our pay decisions, we really hope that we can reach an agreement soon, and will of course keep you updated.”