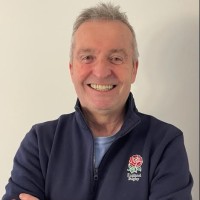 One of the longest-serving editors in the regional press has landed a new role overseeing online sports coverage across his group.

Neil Hodgkinson, left, has accepted the role of audience and content director (sport) for Reach plc on a permanent basis after an interim period in the role.

As well as overseeing online sport content across national and regional titles, his brief will include broadening the number of sports covered by Reach plc online, and “continuing to reinvent” the way it covers football.

The move represents the latest chapter in a long career which has seen Neil edit four regional dailies in the course of working for three major regional publishers.

He joined the former CN Group as editor of the Carlisle News & Star in 2006 before moving to Reach plc predecessor company Local World as editor of the Hull Daily Mail in 2011, a role he held for the next nine years.

A company restructure in 2020 saw Neil become marketplace publisher for the North East and Yorkshire, taking responsibility for Reach’s print brands across the two regions and the “market positioning” of products in local areas.

He later added Reach’s Scottish regionals to his portfolio and was also editor-in-chief of Reach’s Yorkshire Live website, launched early in 2020.

Reach plc has declined to reveal what is happening to Neil’s existing roles in the wake of the new appointment.

However it is understood that Darren Thwaites, marketplace publisher for the North West, has been covering the North East and Yorkshire role in recent months.

Neil’s appointment was announced at the same time as those of new audience and content director Ed Walker and new In Your Area editor Hannah Jones, which were covered on HTFP yesterday.

David Wooding was also formally confirmed as editor of the Sunday Express, an appointment was first revealed on Twitter at the end of April.

The series of promotions were revealed to staff in an email this week from group editor-in-chief Lloyd Embley.

However Reach has declined requests from HTFP to comment further on the moves.