Journalists warned about use of misleading social media posts in stories 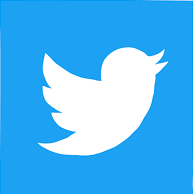 Journalists have been urged to take care over the use of social media posts in new guidance issued by the press watchdog.

Issues addressed include warnings about the misleading impression that can be created by the publication of older photographs and social media posts and the importance of checking timestamps, particularly in breaking news situations.

It also makes clear significant inaccuracies or misleading statements that appear on newspapers’ social media channels should also be corrected via the same medium.

HTFP reported in July how the Liverpool Echo had been ordered to publish a correction on Twitter after it failed to amend its inaccurate description of a dead woman as a “murder victim” on the social media site.

While IPSO found no breach of Code on the tweet at the time it was posted, it ruled the Echo’s failure to publish a correction on Twitter after an arrested man was subsequently released without charge had rendered the post significantly inaccurate.

IPSO senior policy and communications officer Hanno Fenech wrote in a blog about the new guidance: “IPSO recognises that social media is a powerful tool for journalists.

“It has become a crucial way to gather news and increasingly comments, information and pictures taken from social media are used to illustrate stories or are the focus of stories themselves. However, information on social media can be misleading and difficult to verify.

“IPSO has produced non-binding guidance for editors and journalists which focuses on Clause 1 (Accuracy), Clause 2 (Privacy), Clause 4 (Intrusion into grief or shock), and Clause 6 (Children).

“The guidance is a framework for thinking through questions about using material from social media and includes examples of relevant case study decisions made by IPSO’s Complaints Committee.”

The guidance can be read in full here.