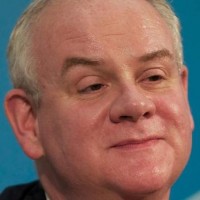 Fellow journalists have rallied behind an editor after a Tory peer suggested Boris Johnson would outlast the news chief in their respective current roles.

Lord Moylan has claimed the embattled Mr Johnson will still be Prime Minister “long after” James Mitchinson has ceased to edit the Yorkshire Post.

The fresh spat between James and the peer comes after the latter launched an attack on the Post earlier this year, dubbing the Leeds-based daily a “Boris-hating organ”.

Lord Moylan’s latest jibe towards James comes after he claimed on radio station LBC that calls for Mr Johnson to resign over the Downing Street ‘Partygate’ scandal was a “press campaign”.

Commenting on the claim, James posted on Twitter: “Press campaign? He is the first sitting PM to break the law.

“He raised a glass – illegally – with friends, putting innocent people’s lives at risk, when we were forbidden from the bedsides of our dying loved ones… because he said so. You, sir. You are a joke.”

In response, Lord Moylan wrote: “He will be Prime Minister long after you have ceased to edit the Yorkshire Post.”

James responded to Lord Moylan simply with the words “challenged accepted”, winning support from other Twitter users in the process.

The peer’s claim also prompted jokes from other journalists, with Burnley Express sports editor Chris Boden questioning whether he was “willing to have a bet” on the assertion.

And YP deputy business editor Greg Wright said of Lord Moylan’s post: “I’m not sure this tweet will age well.”

The Post, historically a Tory-supporting title, has previously demanded the departure of Mr Johnson, who is facing growing calls from Conservative MPs to step down over the issue.

James declined to comment further on the issue when approached by HTFP.