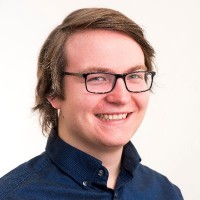 A daily newspaper’s deputy political editor and a journalism trainer are among more than 100 people demanding stricter rules against government secrecy.

The letter calls on John Edwards, the UK’s Information Commissioner, to rectify “growing concern about the state of Freedom of Information in Britain”.

It comes after openDemocracy exposed the existence of an FoI ‘clearing house’ in the UK Government, which was coordinating responses to requests from journalists and others.

Among those to have signed the letter are Conor Matchett, pictured, deputy political editor at The Scotsman and Birmingham City University journalism trainer Paul Bradshaw.

The letter urges Mr Edwards to allocate more resources to investigating complaints about FoI and for clear protocols to be introduced to deal with authorities that have systemic patterns of poor transparency.

Peter Geoghegan, editor-in-chief of openDemocracy, said: “As the British public is still being kept in the dark over Partygate, the importance of transparency has rarely been more obvious.

“At openDemocracy, we are constantly encountering public bodies and government departments which stonewall, delay and dodge Freedom of Information requests.

“As you can see from the huge range of signatories to the open letter, we are far from alone in having serious concerns about transparency.

“FoI is a key tool for holding public bodies to account but currently the Information Commissioner’s Office is not ensuring that the Freedom of Information Act delivers.

“We welcome the new Information Commissioner’s listening exercise and are keen to share our views on how FOI can be better policed.”

Information Commissioner John Edwards said: “We acknowledge the concerns expressed in this letter. FoI plays an important part in civic engagement and holding public services to account, and we share the desire to see the law work effectively.

“The ICO’s role is to administer the law, and we always want to hear views that help us to understand where our role can be improved. I recognise the concern around timely access to information, and addressing this is a priority.

“We all benefit from a modern law, and I think there are suggestions in this letter that warrant further consideration. My office will be part of those discussions, though decisions about law reform are for ministers and Parliament to make.”