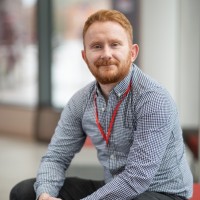 Editors and managers have joined forces to call for the launch of a new ‘Innovation Fund’, which they say would “kick start and build the capacity of truly local news providers”.

The plea has been made after independent titles united under the banner of pressure group ‘News For All’ in a bid also supported by trade body the Independent Community News Network.

The proposed fund would be based on previous schemes run by the Welsh Government, which led to hyperlocal news outlets across Wales receiving one-off grants to help their work.

The idea to help titles “find sustainable business models” has been mentioned by both News For All and the ICNN in their respective submissions to the Digital, Culture, Media and Sport Select Committee’s inquiry into the sustainability of local journalism.

Other titles putting their name to the plan include The Lincolnite, Island Echo, Reading Today and Wokingham Today, Shetland News, West Leeds Dispatch, the Manchester Mill, Isle of Thanet News, Hackney Citizen, the Bristol Cable, Caerphilly Observer, Portsmouth-based title the Star & Crsecent and On The Wight.

The submission stated: “MPs now have a once-in-a-generation chance to build a better news economy. At the News for All Campaign, we believe that it is possible for everyone to have access to local news that adds democratic, economic and social value to local communities.”

The campaign outlined three recommendations with thr aim of “spreading truly local news to every local community in the UK,” as follows:

* Make sure that truly local news providers get a priority share of revenue and data from the tech giants through the forthcoming Digital Competition Bill and the newly established Digital Markets Unit.

ICNN deputy director Matt Abbott, pictured, said in the ICNN’s submission: “We recommend the Government create a fund of at least £100m geared toward ensuring the sustainability of public interest journalism, prioritising small independent news outlets, start-ups, and other news organisations representing diverse communities of interest and backgrounds that are based in their local community.

“The fund should replicate the Welsh Government’s interventions and ensure an independent arms-length body is responsible for the delivery to guarantee independence from the state and transparency.”