Journalist who ‘spoke up for ordinary people’ scoops four awards 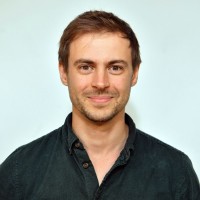 A journalist who “spoke up for ordinary people” has scooped an awards quadruple for his work.

Will Hayward, Welsh Affairs editor at the Wales Online and Western Mail, triumphed in no less than four out of the 20 available categories at the Wales Media Awards 2022.

Jonathan Grun, chairman of the Wales Media Awards judging panel and emeritus editor of the Press Association, praised Will’s “brilliant journalism at a time of national crisis and catastrophe which spoke up for ordinary people, explored the detail to expose inequalities and demanded answers from those in power.”

He added: “In a year when all journalists across Wales rose to the challenge of a lifetime, Will showed why a free press is important to society”.

Will’s victories were accompanied by further wins for Reach plc’s Welsh titles, with the South Wales Echo being named Newspaper of the Year and the Western Mail Weekend magazine taking Magazine of the Year.

Columnist of the Year went to the Cardiff-based Mail’s Sara Robinson.

David Owens, of Nation.Cymru, was named Sports Journalist of the Year. The winners were revealed at a ceremony held in Cardiff on Friday.

Journalist of the Year
Will Hayward, Wales Online & Western Mail