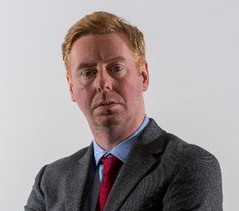 The Wincott Awards has unveieled its shortlist for the 2021 UK Nations and Regions Journalist of the Year honour.

The prize is given annually by the Wincott Foundation, which was set up in 1969 in memory of Investors Chronicle editor and Financial Times columnist Harold Wincott.

Among those shortlisted are Yorkshire Post head of business and features Mark Casci, pictured, who won the award for 2017.

Mark is joined on the shortlist by Sion Barry, business editor at the Western Mail and Wales Online, who claimed the prize the previous year.

Last year’s award was won by Clodagh’s BBC NI colleague John Campbell for his Spotlight programme on Brexit and the Irish Sea Border.

The winner, who will be announced at a special awards lunch and ceremony at London’s Mansion House on 26 May, will receive a £2,000 prize.