A statue of a former England footballer has been unveiled after a three-year campaign by two sister dailies.

A bid by the East Anglian Daily Times and Ipswich Star to build the statue of Kevin Beattie has finally become a reality after the newspapers spearheaded a £110,000 fundraising drive.

Mr Beattie, who played 296 times for Ipswich Town and nine times for England, died of a suspected heart attack in September 2018 aged 64.

The two newspapers subsequently led the campaign for a permanent memorial to the player, nicknamed ‘The Beat’, which has now been installed near Town’s Portman Road stadium. 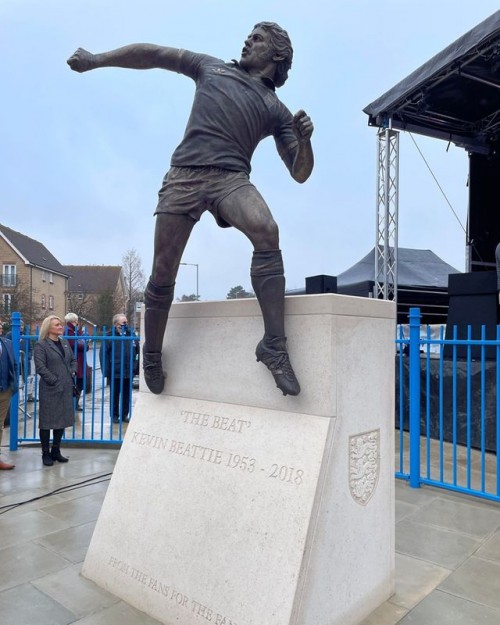 EADT editor Brad Jones told the BBC those involved in the campaign had all been on a “journey”.

He said: “The magical thing about this is it’s just been driven by the fans so many people have been so generous.

“Since day one we had donations come in, the whole community has come together, because we love The Beat, but also we love Ipswich Town Football Club, this is a really special day.”