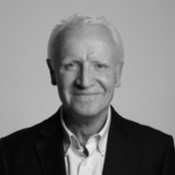 One of the most influential regional editors of the past 25 years has published a memoir looking back over more than four decades in journalism.

Starting out as a 19-year-old trainee on his hometown paper, Sheffield daily The Star, his career also took him to the Manchester office of the Daily Express, the Northampton Chronicle and Echo, the Bradford Telegraph & Argus and the Evening Gazette, Teesside.

Now he has told the story of his 45 years in journalism in a new book entitled ‘You Can’t Libel the Dead.’ 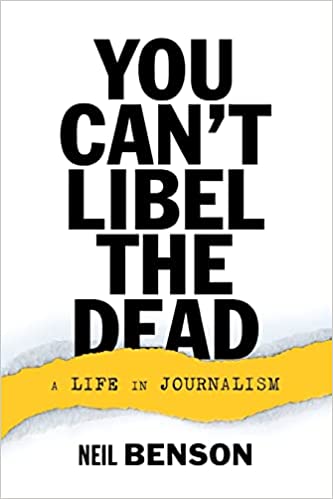 The memoir begins on a freezing night in January 1977 with an account of what Neil still regards as his best story as a reporter – the Pottery Cottage murders which occurred during his time on the Star.

Neil told HTFP: “Billy Hughes, on remand accused of rape and GBH, stabbed his guards en route to Chesterfield magistrates court and went on the run. There was a huge, county-wide police manhunt.

“Around a week later, my news editor got me out of bed in the early hours and asked me to drive up to the moors as there was a lot of police activity.

“Turns out Hughes had held a family hostage, murdered four of them, then set off across the moors with a hostage. The police gave chase and forced him off the road, and when he went to attack the hostage with an axe, shot him dead.

“Writing a 25-word intro about that was quite a challenge.”

Eight years later, Neil was features editor at the Telegraph & Argus when the Bradford City Fire claimed the lives of 56 football fans.

In the book, he also tells the inside story of the unmasking of a popular priest as a serial paedophile during his editorship at Coventry, and a face-to-face meeting with a notorious armed robber.

And he recounts a mission to Pakistan in 2002 to plead for the release of a Trinity Mirror reporter, held in a Peshawar jail on suspicion of spying.

Said Neil: “The book tells these stories in some depth and I also try to give some insight into the job of an editor and the challenges you face while in the hot seat.

“But most of all I’ve tried to capture the many funny stories and the colourful characters I met along my way in journalism. There were some tough times, undoubtedly, but it was also an enormous amount of fun.”

Neil nominates former Express colleague Gerry Seymour, who went on to become deputy editor at The Star, as the best journalist he worked with.

He told HTFP: “He was a tremendous all-rounder. A great words man and a brilliant headline writer, who always knew the right angle to take. A real pro who didn’t take himself or life too seriously, he was huge fun to work for and to have a drink with.”

Since leaving Reach in 2019, Neil has worked as a media consultant specialising in leadership development and also chairs of the Editors’ Code of Practice committee.

You Can’t Libel the Dead is available from most online book stores, price £10.95. Below is a short extract from the book, recalling another story from his Sheffield days – ‘The Great Meat Pie Mess-up.’

One of the best pieces of advice for young reporters is to develop the skill of ‘thinking like a reader’. I learned that lesson in slightly embarrassing circumstances when covering a story about a Sheffield café whose home-made meat and potato pie had been judged the Best in Yorkshire.

News editor David Mastin briefed me to drive to the café, in the working-class district of Wadsley, eat a portion of the highly-praised pie and interview the women who had won the award. As reporting assignments go, I’ve known worse.

The two middle-aged piemakers, both in floral pinafores, were lovely. They were surprised their humble business, based in a row of small, local shops, had been singled out for such an accolade.

They were delighted that their local paper was interested and they gave me some nice quotes. And the pie, served with mushy peas and a splash of the classic Sheffield accompaniment, Henderson’s Relish, was lovely, too.

Back at the office, with a full belly and feeling very content, I filed my story, which included a rapturous description of the crisp shortcrust pastry, the succulent beef, the tender potatoes and the silky gravy. All in all, I was pretty pleased with myself.

A few minutes later, Mastin called me over. ‘This pie story. Did you ask them for the recipe?’ Er, no, David. ‘Don’t you think our readers might want to know how to make the best pie in the county?” Er, yes David. ‘So get me the recipe.’

The café didn’t have a phone, which meant a tail-between-the-legs return trip to Wadsley. From then on, whatever story I was covering, I would ask myself: ‘What’s the ‘pie recipe question’ here?’, to make sure I didn’t miss the crucial piece of information our readers would want to know.

Ten years later, at the Telegraph & Argus, in Bradford, we were running a cooking competition in conjunction with a local Asian restaurant. Time to wheel out the ‘what’s the recipe?’ question again – this time in relation to the chef’s chicken tikka masala.

The chef obliged, we ran the recipe in the Saturday edition and the readers loved it. That simple ten-paragraph piece generated the biggest reader response of any article I’ve published (apart from the time I screwed up the answers to our bumper Christmas crossword).