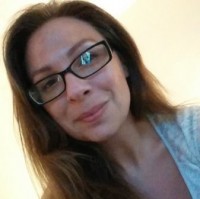 A former regional journalist has been appointed to the editorship of a specialist business news title.

Business News Wales has announced the appointment of Sally Hales to the role after a three-year spell freelancing.

Between 2015 and 2017 she worked for travel magazines Discover Britain and Britain magazine, where she was deputy editor, and later edited Artists and Illustrators magazine.

Since turning freelance Sally has worked for titles including The Guardian and London’s Evening Standard.

At Business News Wales, she will take over editorial duties from founder and managing director Mark Powney, who will now focus on growing the business.

Sally said: “I am delighted to join Business News Wales at such a critical time during its growth and look forward to developing the platform as the essential business-to-business news site for Wales.”

Mark added: “Sally will certainly raise the bar in terms of our editorial quality and will ultimately enable the team to cover more in-depth industry subjects and topics.

“Demand for our in-house content and editorial support service is increasing 10-fold and will be complemented by the experience Sally will bring to the team.

“As we begin to scale the business, our niche coverage will be pivotal. I am so pleased to have someone of Sally’s experience heading up our editorial direction, which will have a transformational effect on our development and growth.”