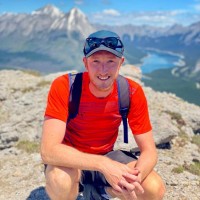 Daniel Milligan has been unveiled as managing digital producer at CTV News, based in Toronto.

Daniel, pictured, moved across the Atlantic in 2019 after serving as digital publishing editor at Chronicle Live, sister website to Newcastle daily The Chronicle.

Since then, he has worked as a news editor for Yahoo Canada, a social media producer for CTV News and then as Western Canada editor for millennial-focussed news website Narcity.

“Looking forward to getting stuck in and achieving great things again with a team of talented writers and producers.”

Daniel began his career as a freelance sport reporter on Stoke-on-Trent daily The Sentinel before joining the Somerset County Gazette, where he covered news and sport between 2011 and 2014.

He then spent eight months as chief reporter on the Chard & Ilminster News prior to joining The Chronicle, where he became its first live blog editor.

Daniel was subsequently promoted to head of audience engagement in 2016 and digital publishing editor in 2018, holding that role until his move over the Atlantic the following year.

Speaking to HTFP, he said: “I’m very pleased to be taking on this role and it’s thanks to some of the great teams and editors I’ve worked with in the UK that have given me the foundations to succeed in the competitive Canadian journalism landscape.”