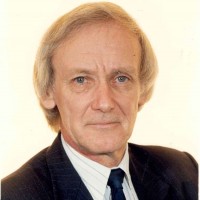 Tributes have been paid to Norman Smith, who served the KM Group for more than half a century in a variety of roles including managing editor of the firm.

Norman, pictured, retired in 2000 but continued to advise the Kent-based group on matters to do with the law until his death.

He died on Christmas Day after a long illness.

KM editorial director Ian Carter told the group’s Kent Online website: “Norman may have retired from the KM before I joined, but he remained a very influential presence as our legal advisor.

“It was an enormous benefit both to me personally and the wider group that we could draw on Norman’s vast experience and legal contacts.

“He was calm in a crisis, an invaluable sounding board and somebody who still cared passionately about the company and its standards. I will miss him enormously.”

Norman originally trained as a maths teacher but switched to journalism, starting out in his native Scotland before moving to the Coventry Evening Telegraph.

He joined the KM in 1968 and took on roles including picture editor, production editor and features editor of the company’s now-defunct daily the Evening Post.

Norman also developed the expansion of the free Extras titles before taking the managing editor position.

Former KM managing director and chief executive David Lewis said: “By the time I arrived, Norman had been with the KM for some considerable time but you couldn’t wish to meet a more thorough professional.

“His vast experience was invaluable to me as an individual but to the KM group as a whole.

“There wasn’t much about the industry he didn’t know about and he was a very useful sounding board.”

Norman is survived by his wife Ann, seven children, 17 grandchildren and three great-grandchildren.

His funeral will take place at Charing Crematorium, Ashford, Kent, at 10.45am on Tuesday 25 January.