A couple have married thanks to a regional daily’s coverage of its former editor’s heart attack.

Terry Hunt, who edited the East Anglian Daily Times for 21 years, suffered a cardiac arrest in the street in 2018 but was revived with a defibrillator thanks to nearby pedestrian Lisa Perry.

Mr Wright then reached out a few more times when she appeared in the EADT again after being presented with awards for her actions. 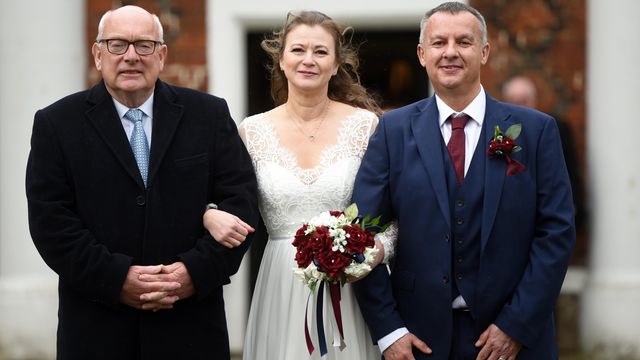 The messages inspired a romance that led the couple to marry, with Terry among the guests at their wedding on Tuesday.

Ms Perry told the Ipswich Star: “That day not only changed Terry’s life but mine and Carl’s too. Out of something quite traumatic came something good.

“Carl saw my photograph in the paper after the incident and sent a ‘well done’ message.

“But then because of the awards I was given the photographs and story was run a few more times and every time he saw it, he would reach out again.

“But it wasn’t until I was in town one day, picking up a book order, and I saw him in the shop. I didn’t recognise him at first, but I knew there was something familiar.

“As soon as I realised, we chatted and things went from there.”

“Over the last four years, I have enjoyed so many precious times with family and friends which I simply wouldn’t have experienced if it hadn’t been for the quick-thinking and life-saving skills of Lisa and the paramedics who worked with her.

“It’s a real quirk of fate that a story which began with a brush with death has led to such a happy event.

“Huge congratulations to Lisa and Carl, and I wish them many happy years together.”