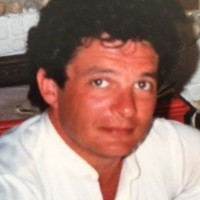 Tributes have been paid to Andy Nott, who spent 18 years in the role with the Manchester Evening News.

Andy, pictured, also worked for the Preston and Huyton Reporter and the Birmingham Post before joining the MEN and went on to work for Greater Manchester Police’s in-house magazine Brief in 2005.

He died at Salford Royal Hospital on Friday after suffering serious head injuries in a fall at his home in Handforth, Cheshire, a week earlier.

In an obituary for the MEN, current chief reporter Neal Keeling wrote: “Charm, a sharp wit, and a wicked sense of humour can take you a long way as a journalist.

“Andy Nott, the former Manchester Evening News reporter, had all three in spades.

“He was also a talented wordsmith, an astute collector of key contacts for getting the inside track on crime stories, and the vocalist in the MEN’s band.

“He was unapologetically ‘old school’ – embracing with gusto the necessity to ‘meet’ cops and other suppliers of news tips in pubs and clubs across the city and beyond.”

Andy’s father Jack had been a reporter for the News of the World, based in Manchester, and Andy did shifts for the Daily Mail, in London, in addition to his work in the regional press.

Former MEN reporter Ian Marrow told the newspaper: “Andy was the cement that held all of us together following the redundancies that hit the MEN in the early part of the 21 st century.

“If there was a get together to be organised, or a Christmas bash, Andy was the one who invariably organised it, often at old haunts like the Rain Bar or the Abercrombie. He was always available for a drink and a chat.

“The number of tributes left to Andy on the MEN Friends page, from old hacks like me to the new, younger journalists who came after us, are a testament to the respect in which Andy was held, both as a great journalist and as a kind and generous friend. We will all miss him.”

Said Paul: “The last time I saw Andy we were talking about putting the band back together, which sadly never happened. Andy first joined musical forces with Don Frame and me to play at a MEN Christmas party.

“As Thin Ice we went on to play gigs in Manchester, Cheshire, and North Wales, over the course of several years. We even went to a Manchester recording studio to cut an album for distribution among friends and family.

“Andy was a born performer – not just a gifted and expressive singer but also the kind of charismatic rabble-rouser any band would want for their front man.”