Editorial boss moves on after 12 months to join sister titles 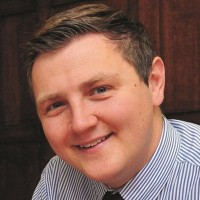 An editorial boss is leaving his current role to take up the same position with two sister titles.

Sam, pictured, moves on after 12 months with Lincolnshire Live, which is also owned by Reach.

Prior to that, he was news editor at Sheffield daily The Star and spent two years as journalism course leader at Sheffield College between 2019 and 2021.

Sam announced his latest move on Twitter, saying: “Delighted to announce that I will be joining Grimsby Live and Hull Live as a content editor next month.

“I’m very proud of everything we have, and continue to achieve at Lincolnshire Live. Thanks to everyone who has helped me during my year here.”