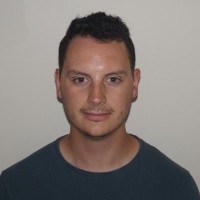 An editor who runs a county-wide news website has been poached by a rival publisher to oversee a group of weekly newspapers.

Bedfordshire Live content editor Simon Murfitt has announced he is leaving Reach plc after eight years of service to join Newsquest as editor for its North London office, in Watford.

Simon, pictured, has been responsible for the day-to-day running of Bedfordshire Live since its launch in January 2021.

His move to Newsquest comes after Victoria Birch, its previous North London editor, was herself poached by Reach in December to become breaking news and trends editor for the South-East of England.

Simon, a former head of print for Reach titles including the Cambridge News, announced his farewell from the company in a series of Twitter posts on Thursday.

He wrote: “After nearly eight years working for Local World/Trinity Mirror/Reach today is my last day. I’ve been especially fortunate to have worked with some brilliant journalists and great characters.

“There have been many highlights, from working in fantastic newsrooms in Essex and Herts, before eventually going on to edit my local paper growing up, the Cambridge News, and helping to raise £1m for charity during the pandemic.

“More recently I have enjoyed the challenge of launching Bedfordshire Live and I’m confident it’s in a great place to continue to grow in the future.

“I should say thanks to everyone I’ve worked alongside, and in particular [former bosses] Alan Woods and Paul Dent-Jones for taking a chance on a shy, awkward trainee and giving me the opportunity to develop into the shy, awkward editor that I am today.”