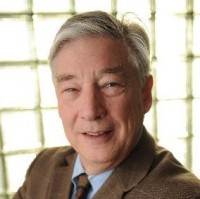 A former regional daily deputy editor who was “one of the great newsroom characters” has died aged 74.

Tributes have been paid to Leigh Robinson, who served as second in command at the South Wales Argus.

He later went on to hold senior positions at the Swindon Advertiser, including business editor and motoring writer.

Ex-managing editor Pauline Leighton described him as “a great ambassador” for the paper.

She told the Advertiser: “His quick wit, sharp sense of humour, gentlemanly demeanour and superb dress sense made him the perfect newspaper man about town.

“I am saddened by his passing and remember him very fondly for the irrepressible chap he was.”

“Woe betide anyone who didn’t meet his expectations. But behind the quips and loud expletives was a kind and caring man who brought a smile to everyone’s face, loved his family deeply and was genuinely invested in his friends.

“Anyone who knew him well can’t help but think of him and smile.”

Leigh, pictured, has also been remembered by colleagues on the Newport-based Argus.

Its former editor Kevin Ward posted on Twitter: “Leigh interviewed me for, and gave me, my first daily newspaper job as a downtable sub back in 1989 when he was deputy editor of the Argus.

“He was one of the great newsroom characters.”

Leigh is survived by partner Lisbeth and daughter Julia.