Archant to press ahead with digital charge plans despite sale process 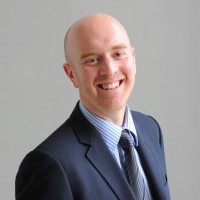 Regional publishing group Archant has vowed to press on with online subscription plans despite the company being put up for sale.

The Norwich-based publisher has confirmed it will continue with its new digital strategy after it touted charging for some news and business content.

It was revealed on Friday that Archant had been put up for sale less than 18 months after it was bought by investment firm Rcapital Partners – with JPIMedia owner National World, Newsquest and Reach plc all being touted as interested parties.

Both JPI and Newsquest currently offer online subscription options for readers and, when questioned by HTFP, an Archant spokesman confirmed that “everything [is] going ahead as planned” regarding its own digital strategy.

David Powles, who edits Archant daily the Eastern Daily Press, previously urged readers to “watch this space” for digital developments in relation to its news and business coverage in 2022.

Ande the publisher’s editor-in-chief Jeremy Clifford also revealed the publisher is set to move to a “paid-for subscription-based model” online with the launch of a series of paid-for apps.

Archant launched a new sports app in December called The Pink ‘Un +, which is priced at £1.99 per month and gives subscribers exclusive access to content created by the newspaper’s Norwich City reporting team.

David set out his plans for the EDP for 2022 in an editorial promising “the most insightful coverage of issues in the region possible” during the year.

He wrote: “To do this comes at a cost of course. I’ve written recently about changes to our Pink ‘Un offering, in which we are asking digital readers to pay a small price for the content they enjoy.

“In return we will deliver exclusive stories on a platform that is advert light and a pleasure to use. Watch this space in 2022 for similar digital developments with our news and business content.”

David, pictured, went on to confirm the cover price of the Norwich-based daily would remain the same.

He added: “Our industry is faced with crippling increases in the cost of producing newspapers. Energy bills are rising, as is the cost of paper. However, we realise that every single one of you is faced with similar challenges, so those costs will not be offset by a price rise.”

HTFP reported last month how Archant had launched a new video recruitment drive after admitting that publishers are finding it “increasingly hard to attract the right talent”.

Speaking at the time, Jeremy said: “We are a publishing company that is trying to do many things differently from the larger publishers. And with the amount of noise in the recruitment market, we wanted to find a new way to get our voice heard.

“We are about to embark on an exciting strategy that will see us launch paid-for apps alongside our websites, as we move to a paid-for subscription-based model.

“The apps are beautifully designed and a brilliant platform to showcase our work. So we hope journalists will see that what we are doing is about putting a real focus on quality reporting.”

RCapital has declined to comment further on the sale process.

The three potential bidders have also declined to comment on the speculation, but National World executive chairman David Montgomery revealed last month that his firm was now “actively engaged” in plans to buy other businesses.

Archant was taken over by the private equity firm in August 2020, bringing to an end more than 150 years of family ownership.

The company publishes four regional daily titles in Norfolk and Suffolk including the EDP and the Ipswich Star, along with a host of weeklies in East Anglia, the Home Counties, London and the South West and a suite of county-based magazines.