A regional daily has marked the 40th anniversary of the start of the Falklands War with a 40-page supplement.

Portsmouth daily The News has produced the special publication to mark exactly four decades since a task force set sail from its patch following Argentina’s invasion of the Falkland Islands.

The News has made the supplement available to buy online at a cost of £3.50 to readers in the UK, while international postage is also available. 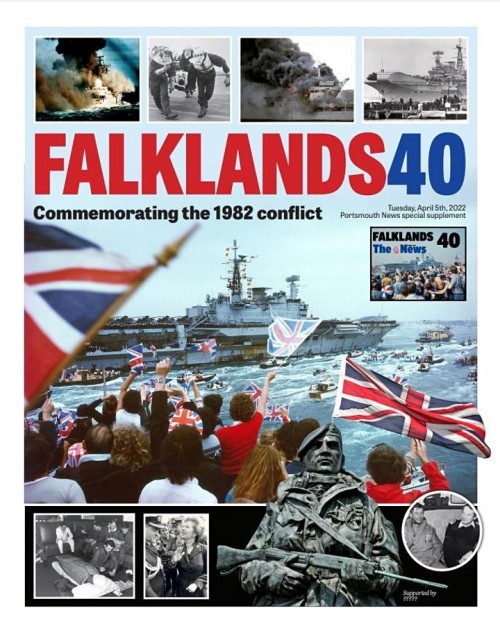 The naval task force sent to recapture the islands sailed from Portsmouth in the spring of 1982.

An editorial reads: “This year marks the 40th anniversary of the Falklands conflict – and The News in Portsmouth has produced a commemorative publication to look back on the events of 1982 and remember those who lost their lives.

“Falklands40 tells the story of the war through the poignant memories of the people who took part and their families: from the Royal Marines who were overwhelmed by thousands of invaders and forced to surrender, to workers at the Portsmouth dockyard who were scrambled to get the naval task force ready to sail, to those who survived the devastating attacks on HMS Sheffield, HMS Glasgow, HMS Glamorgan and RFA Sir Galahad.

“In the light of current events in Ukraine, Falklands40 is a timely and historical reminder of the impact of war and a 40-page tribute to the 255 British lives lost in the 74-day conflict deep in the South Atlantic.”