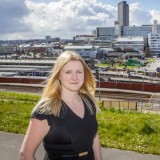 A regional daily has unveiled a new mystery political columnist after the council it covers was caught up in the Downing Street parties scandal.

Sheffield daily The Star has announced the launch of the new “all-seeing” columnist ‘Vulcan’, with editor Nancy Fielder vowing to “let him loose on the Steel City’s political scene”.

The launch of the column comes after The Star faced a battle for the truth over whether Sheffield City Council’s chief executive Kate Josephs had been at one of the Whitehall parties when she worked there.

The Star’s journalists were met with “absolute denial” over the allegation when making repeated requests about it, but she had now admitted to holding leaving drinks in the Cabinet Office in December 2020.

Ms Josephs called Nancy just before making the public admission, with the editor deeming her to be “truly sorry” but adding she was “not sure that will be enough to save her job or restore faith” in a column about the saga.

Nancy introduced the new Vulcan column, named for the statue of the Roman god of fire on Sheffield Town Hall, in an editorial published this morning.

“Today seems as good a day as any to let him loose on the Steel City’s political scene,” she wrote.

“After all, I have never seen quite so much chaos as has reigned this weekend when news finally broke that chief executive Kate Josephs had a leaving do at the Cabinet Office during lockdown, before heading to Sheffield to start her new role at the city council.

“Public opinion on this matter is completely unanimous but the political position is not as clear, or at least not publically. There have been emergency discussions galore – but no verdict as yet.

“So, over to Vulcan. Will I ever reveal the identity of The Star’s new columnist?

“Taking a leaf from the city council’s communications strategy, you would have to question me knowing the full name, address, date, age, number of people who supplied information, how much alcohol was provided, exactly what your definition of a columnist/party was and then … nope, I still wouldn’t.

“There are many political discussions which The Star believe you, our readers, deserve to know from the inside.

“Needless tittle tattle? Hardly, when these are the people whose sole role is to represent you.