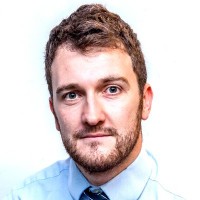 A regional daily has been refused access to documents about the ‘Partygate’ scandal because keeping them secret is “in the public interest”.

Sheffield City Council has refused to release correspondence to the Yorkshire Post between itself and the Cabinet Office amid an investigation into the authority’s chief executive Kate Josephs.

Ms Josephs had been at one of the Whitehall parties when she worked at the Cabinet Office, but her attendance was only revealed after a fight for the truth involving the Post’s JPIMedia sister daily the Sheffield Star.

Now the Leeds-based Post is facing its own battle for transparency over the issue after the council rejected a Freedom of Information request by political editor Chris Burn, pictured.

The authority confirmed it does hold correspondence with the Cabinet Office about the issue but is refusing to release it, claiming disclosure of the information “has the potential to affect and hinder” an investigation into Ms Josephs.

HTFP understand the Post has requested an internal review of the decision and would be prepared to take the matter to the Information Commissioner if necessary.

In a leader column, published on Monday, it said: “It takes a special kind of arrogance to distort the definitions of ‘public interest’ in order to keep secret matters which are potentially the most worthy of our attention.

“Sheffield Council has shown just this sort of contempt in the manner of its refusal to release correspondence between itself and the Cabinet Office about the ‘Partygate’ investigation into the authority’s chief executive Kate Josephs, who is currently on paid leave from her £190,000-a-year job.

“Following a Freedom of Information request by The Yorkshire Post, the authority confirmed that it does hold such correspondence.

“But it concluded that the “balance of the public interest lies in withholding this information so that we can uphold the principle of natural justice.”

“Does the council have such little confidence in its so far unnamed investigator that they can be swayed by ‘prejudicial’ public information?

“We call on the authority to rethink its ill-judged position.”

Ms Josephs previously said she was “truly sorry” after attending a Cabinet Office party on 17 December 2020, when coronavirus restrictions prevented such gatherings in London.

The council admitted there is a “public interest in transparency and accountability to promote public understanding and debate”, but believes this is outweighed in this case by “the potential to affect and hinder the ongoing investigation into Kate Josephs’ actions and would likely prejudice the outcome”.

In its response to the Post, the council said: “The information you have requested falls within the scope of an ongoing investigation into Kate Josephs’ actions.

“We believe that the disclosure of this information has the potential to affect and hinder the investigation process. The council needs to be able to investigate the complaint in the strictest confidence to ensure natural justice.”

“The independent investigator and the cross-party senior officers employment sub-committee need space to undertake confidential consideration of the issues before them if they are to fully explore all aspects of the case, without fear that information relevant to the investigation was being placed in the public domain, leading to undue speculation without all material facts and distracting from the formal process.

“We conclude that the balance of the public interest lies in withholding this information so that we can uphold the principle of natural justice. Kate Josephs’ actions should receive a fair and unbiased hearing in the confidentiality of a councillor-led process.”