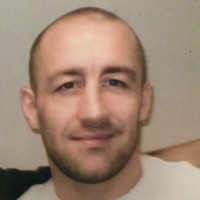 A regional daily has been censured for misrepresenting seven-month-old quotes as being contemporaneous.

The Independent Press Standards Organisation has rapped the Hull Daily Mail after finding it gave the misleading impression that previous comments made by a murder victim’s partner reflected her current position.

Vicky Foster complained to IPSO after past remarks she made were used in a story by the Mail about her partner Barrie Jackson’s murderer Steven Gallant, pictured, being released from prison after receiving a royal pardon due to his actions in stopping a terrorist attack on London Bridge.

The Mail quoted Ms Foster as “[s]peaking from her home in Hull” and saying that “[the news of the royal pardon] is a very strange thing for me and the children to have to process.”

Ms Foster claimed this gave the inaccurate impression these were contemporaneous quotes she had made to the newspaper when in fact she had made them seven months previously.

IPSO agreed with her assessment, finding the story made no distinction between the comments made at the time it was published, in July 2021, and those made earlier.

Complaining under Clause 1 (Accuracy) and Clause 4 (Intrusion into grief or shock) of the Editors’ Code of Practice, Ms Foster told IPSO the presentation of the comments as being contemporaneous inaccurately implied that they had been made in response to the release of Mr Gallant, pictured, from prison.

She said she did not necessarily feel the same way about the situation now as she did at the time she made the comments and said the Mail had conflated them contemporaneous remarks she had made in July 2021, to a different publication.

Denying any breach of Code, the Mail said it was reasonable to include the public comments made by Ms Foster previously as they were relevant to the current issue, although it was unfortunate that some of her remarks appeared to be out of date.

At the start of IPSO’s investigation, the paper offered to publish a standalone correction in print and online, working with Ms Foster to find an acceptable wording, while also making amendments to the story, but both parties were unable to agree on this.

IPSO noted that the use of comments made previously in the context of a new story relating to subsequent events does not in and of itself raise concerns under Clause 1.

However, the Mail had reported that the complainant was “[s]peaking from her home in Hull” giving the misleading impression that they reflected her current position.

In fact, the only contemporaneous comment she had made was that the situation was hard to process and she did not wish to speak about it.

IPSO found the misrepresentation of the comments obtained from a previously published article meant the publication had not taken care not to publish inaccurate material and there was a breach of Clause 1 (i), while there was also a further breach of Clause 1 (ii) due to the fact the Mail’s original offer of a correction did not address the point about her comments being made seven months prior to being published.

The complaint was partly upheld, and the full adjudication can be read here.