A daily newspaper has remembered the 50th anniversary of a bomb attack on its office which killed seven people.

The Belfast News Letter has commemorated 50 years since the attack by the IRA at its Donegall Street headquarters.

No News Letter staff were killed in the attack, but three refuge collectors, two police officers, a van driver and a French polisher lost their lives.

The paper ran an eight-page special supplement to mark the anniversary on 21 March. 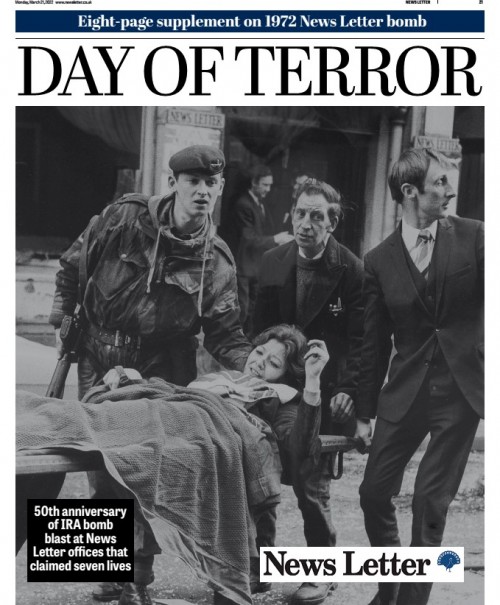 It featured memories of the attack from journalists including veteran Jim McDowell, then a 22-year-old News Letter reporter.

An accompanying News Letter editorial states: “We often remind readers of the News Letter’s long history, dating back to 1737.

“We are very proud to be the oldest English language daily newspaper in the world.

“But today we remember one of the darkest days in our long history — the 1972 IRA bomb outside our then Belfast offices.”

The News Letter noted how the blast was “the first major car bomb of the Troubles”.

It added: “The IRA failed to silence this newspaper then, as it was always going to fail, just as it failed in its other terror attacks on other newspapers including the Belfast Telegraph.

“But it succeeded in ending the lives of seven human beings who were in a busy civilian area, and it maimed others.