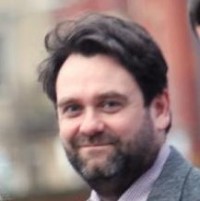 The Bolton News triumphed in the Regional Newspaper of the Year category at the 2021 Domestic Cricket Journalism Awards, run by the England and Wales Cricket Board and the Cricket Writers’ Club.

The Liverpool Echo, which won the honour for 2020, was highly commended for its coverage during last summer.

The Echo was also highly commended, along with fellow Reach plc papers the Gloucestershire Echo and Gloucester Citizen, in the Outstanding Newspaper Coverage of Domestic Cricket category. That title, held by the two Gloucestershire sister titles the previous year, was won by specialist publication The Cricket Paper.

Bolton News cricket writer Jamie Bowman, pictured, told HTFP: “It’s a huge honour to receive the award. The last few years have been a tough time for cricket fans with the pandemic disrupting the sport and controversy off the pitch tarnishing the reputation of the game so many of us love.

“So being able to champion cricket in the pages of a local newspaper felt important – whether it was the exploits for Lancashire of Josh Bohannon and Matt Parkinson or the many club cricketers who toil away every week in the Bolton League.”

Cricket Writers’ Club chair George Dobell said: “The CWC would like to congratulate all those who have won and been commended.

“The judges tell me they were particularly struck by the diversity of cricket covered by this year’s entries and it’s great to see some new names among the winners. I’m sure we’ll be hearing a great deal from them for many years.

“Thanks to the ECB for continuing to value the work of our members. There are times, no doubt, when we disagree, but there will always be far more that unites us than divides.

“Thanks, too, to all the publications who continue to provide space to our great game.”