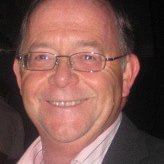 A council has denied any “sinister motive” after a local democracy reporter was barred from a meeting.

Dorset Council has blamed an “admin error” after failing to explain to a journalist why part of a licensing panel meeting was being heard in secret.

The hearing was due to discuss a 60-page report, the contents of which have not been revealed, on 22 March.

Trevor Bevins, who covers the authority under the BBC-funded LDR scheme, wrote in the Dorest Echo prior to the hearing that it would be held “behind closed doors”.

Trevor, pictured, wrote: “The Local Democracy Reporting Service has asked Dorset Council to explain, even in general terms, why the meeting needs to be held in private and what the justification for this, unusual, step might be.

“After several days a response has not been received.”

He added: “The subject has not been revealed and neither has the general nature of why the report needs to be considered confidentially.”

Responding to questions from HTFP, a Dorset Council spokesman referred to Schedule 12A of the Local Government Act 1972.

The legislation allows for press and public to be excluded from a meeting if it is discussing information including the financial or business affairs of any particular person, any consultations or negotiations regarding certain labour relations matters or information in respect of which a claim to legal professional privilege could be maintained.

The spokesman said: “There is no sinister motive here – we are just complying with the law.”

HTFP has approached the Dorset Echo for further comment.