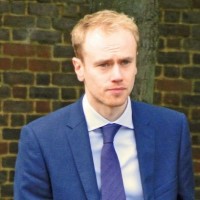 A jailed sex offender has had his complaint about a regional daily’s coverage of his case rejected.

The Independent Press Standards Organisation has backed the Liverpool Echo after Tom Hagyard claimed a story it ran during his trial was inaccurate.

Complaining under Clause 1 (Accuracy) of the Editors’ Code of Practice, Hagyard said a claim published by the Echo during the trial that he had told the jury he was looking forward to a “distinguished career” was incorrect because it was made by his lawyer.

Denying a breach of Code, the Echo maintained that the story was an accurate account of court proceedings and provided a copy of the relevant contemporaneous shorthand notes taken by the reporter to support this.

It said the story was not inaccurate to attribute the comments about a “distinguished career” to Hagyard in circumstances where the comments were made by his legal representative, and with his consent, during proceedings.

IPSO noted it was within the convention of court reporting to attribute submissions made by a legal representative in court to the party being represented and that doing so was therefore not significantly inaccurate or misleading.

The reporter’s notes included the following statement from Hagyard: “I began to take her jeans off.”

In such circumstances, IPSO found there was no failure to take care over the accurate reporting of court proceedings and there was no inaccuracy requiring correction.