Archant put up for sale less than 18 months after takeover 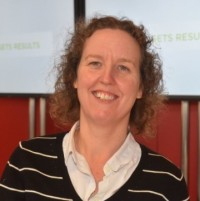 Regional publishing group Archant has been put up for sale less than 18 months after it was bought by an investment firm.

Offers are being invited for the business – with JPIMedia owner National World, Newsquest and Reach plc all being touted as interested parties.

All three have declined to comment on the speculation, but National World executive chairman David Montgomery revealed last month his firm was now “actively engaged” in plans to buy other businesses.

Archant was taken over by Rcapital Partners in August 2020, with the London-based investment firm taking a 90pc stake in the business.

Based in Norwich, the company publishes four regional daily titles in Norfolk and Suffolk including the Eastern Daily Press and the Ipswich Star.

It also owns a host of weeklies in East Anglia, the Home Counties, London and the South West and a suite of county-based magazines under the ‘Life’ brand.

Lorna Willis, Archant’s chief executive, updated the company’s staff on the situation in a memo this afternoon.

Lorna, pictured, wrote: “As I have often stated, Rcapital are not likely to be our forever home. Of course we receive approaches from various suitors.

“Our track record in innovation and talent, our enviable portfolio and the exceptionally strong past year’s transformation is bound to glean interest, in fact I would have been disappointed if it didn’t.

“We will always look to do what’s right for our organisation, our readers, our customers and of course, our people.

“And, like before when these reports have circulated, it’s business as usual – so, pedal to the metal. Let’s crack on.”

According to The Guardian, Archant put out an information memorandum to prospective buyers and is understood to have appointed Ulmus Advisory to oversee the process.

Alongside National World, the report claimed Newsquest had “expressed interest” in a takeover, while Reach was described as “another potential suitor”.

As a result of the Rcapital deal, two of Archant’s holding companies – Archant Limited and Archant Community Media Holdings Limited – were placed into administration.

Archant Community Media Limited, the group’s trading company and employer of its staff, was not affected.

At the time, Archant put forward proposals to its creditors for a Company Voluntary Arrangement, which would see its defined benefit pension scheme move into the Pension Protection Fund, a ‘lifeboat’ scheme set up by the government to provide pension benefits to members of schemes whose sponsoring employers have become insolvent.

As a result, the PPF took a 10pc equity stake in the business.