A weekly newspaper editor received a huge surprise after a 138-year-old edition of her title was found in a house in Ireland – 4oo miles away from the paper’s patch.

Margaret Curry, a retired gardener, recently messaged the Andover Advertiser after finding the paper from September 19, 1884 among her late mother’s possessions.

She posted the newspaper to the current editor Kimberley Barber, who has been showing it to staff working on the four weekly titles in Hampshire that are currently printed by the Andover Advertiser’s publisher Newsquest.

Margaret, who now lives in Ireland, said she was only too happy to discover that staff were interested in the old newspaper. 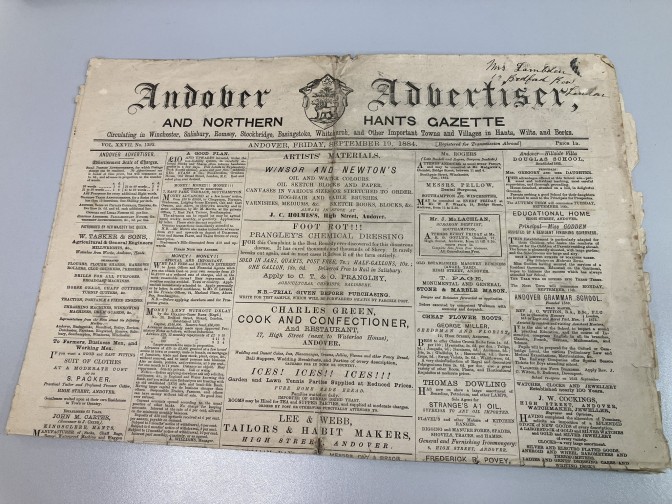 She said: “It was too good to throw away. I am really pleased that the Andover Advertiser wanted it and that people are now enjoying it.”

Margaret’s mother Elizabeth Curry, who was known as Betty, died two years ago at the age of 87. She had lived in London before moving to Ireland in the 90’s.

While living in London, Betty became friends with an elderly gentleman and she was given some of his possessions when he died, and Margaret believes the Andover Advertiser was among them.

She said: “There were a few papers, special editions from the coronation and royal weddings. She most likely kept them as they were interesting.

“I found them in a drawer. Although why this one was kept is a mystery, maybe there was something in there that was connected to them. We will never know.

“My mum would have loved it that the newspaper has a new home. Her and my dad were interested in history, there were lots of things they kept as they could see the importance of them.”

Said Kimberley: “It’s a wonderful snapshot of the world back in 1884. It’s in such great condition.

“It’s also a reminder of how important local newspapers are. I hope that some of my editions are kept for as long. Most people have a clipping or a page from an old newspaper somewhere.

“The print editions hold memories much tighter than digital stories. There is something so romantic about keeping hold of something physical for your whole life and passing it on when you go.

“I can’t thank Margaret enough for sharing the newspaper that her mother felt it important enough to hold on to for so many years.”

The Andover Advertiser started in 1858. There are some records of old editions kept on microfilm at the Hampshire Record Office in Winchester and the Andover library keeps some hard copies up to 2002.

After this date, the newspaper moved mainly online to andoveradvertiser.co.uk. 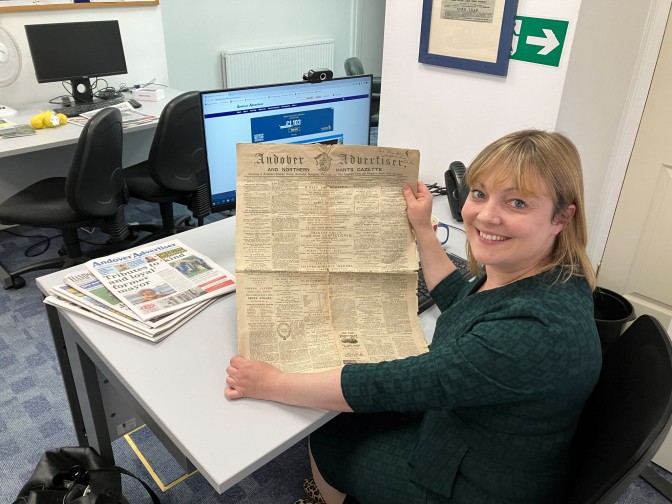