Weekly to take on ‘small army’ of correspondents ahead of relaunch 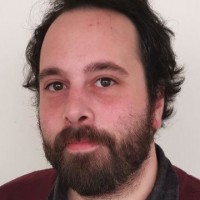 A weekly newspaper is set to unveil a “small army” of community correspondents ahead of a relaunch of the title.

The North Devon Gazette has revealed it is set to take on the “especially-recruited” correspondents as part of a “new look” for the paper.

The Gazette was bought from Archant by new independent group Clear Sky Publishing in a deal announced in August.

In an editorial announcing the new correspondents, editor Joe Bulmer said the paper was set “to take on a new look and feel”.

Joe, pictured, wrote: “Yep, we will still absolutely hold public bodies to account when the need arises and bring you some of the ‘harder’ news stories.

“But we want to talk about people, people who make North Devon the beautiful place that it is.

“What better way than from the horse’s mouth and the community itself through a small army of especially-recruited community correspondents whose stories will be online as well as print?

“You will be able to meet them all in just a few weeks’ time as the new-look Gazette – written by the community for the community – takes a bow after months of hard work.”

Joe confirmed the Gazette’s name and title will remain the same following the change, but added Clear Sky was “confident the new look and layout will signal our intention to give our community the newspaper it deserves”.

HTFP has approached the Gazette for more information on how many correspondents are being taken on, and whether their roles are paid.